Between Coil and Recoil is a one-hour long performance that features two, three or four dancers and two sound artists. It is designed to be an immersive experience for an audience of up to 20 people. Audience and dancers share the same space, and everyone wears headphones.

The work is site-responsive, in that the majority of the soundscape is created live from mixing various microphones that are placed around the building and worn by the dancers. TaikaBox also aim to incorporate one or two local performers in the event – particularly when performing in other countries – in order to expand the language possibilities of the work.

The event starts with welcoming the audience into the performance space, where everyone has the opportunity to put on headphones. The soundscape begins with live sounds from outside the building, then moves into the room, and then seems to go inside the minds and bodies of the dancers as they explore energetic connections with themselves, the room and the people in it.
At times, any sounds made by the audience become part of the audio environment and this can encourage interaction. The space and timeline is framed by a series of video screens, showing synchronized footage of a simple piece of paper, scrunched up and floating in a gently fluctuating world.

The aim of the work is to engage an audience on a number of levels, to involve them in the work, and to facilitate a space where they are welcome to explore their own movement language.

Between Coil and Recoil was developed in 2015 by TaikaBox, beginning as a series of research residencies working with various artists from Wales and Finland, and has grown into a self-contained production that can fit itself into a variety of spaces. The research residencies included a series of open studio sessions where members of the public were invited in to the creative team and participated in a range of tasks, contributing to the development of the work.

The development of Between Coil and Recoil was funded by the Arts Council of Wales through a Creative Wales Ambassador award, co-produced by JoJo Dance Centre and Theatr Harlech, with support from CoreoCymru and Chapter. 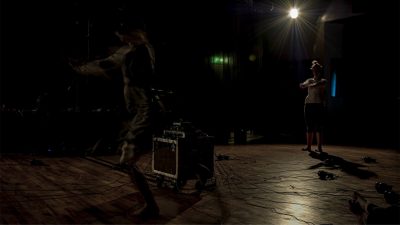 Between Coil and Recoil in Haparanda 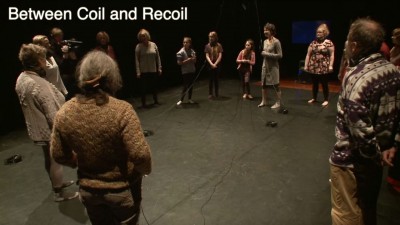 New promo for Between Coil and Recoil 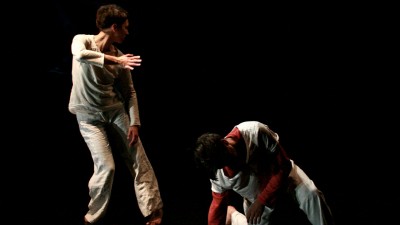 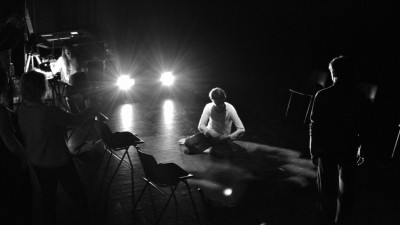