Two dancers explore the dynamics of a disparate relationship through complex interactions with each other’s personal space, both on stage and on screen.

Kuuluako was developed in 2006 as part of dance bytes – a choreographic development project run by Welsh Independent Dance, and in 2011/12, was remixed and renamed unattaching with support from COREO CYMRU and CHAPTER. Unattaching toured in May 2012 to Montreal, Bordeaux, Torino, Cardiff and Arnhem as part of Bancs d’Essai Internationaux, a biennial choreographic exchange project. The work has undergone a number of changes over the years, with different dancers (Jem Treays and Iain Payne), reworking the video and sound, and structural tweaks.

The soundtrack features a remix of Unmarked Graves by Helen Chadwick, and also samples another of her songs – Saudade.

Unattaching was due to feature in the Festival Recontres Essonne Danse in Paris in Spring 2015 as part of an international dance showcase, but due to circumstances beyond our control* we had to create a new solo work for the Paris performance. 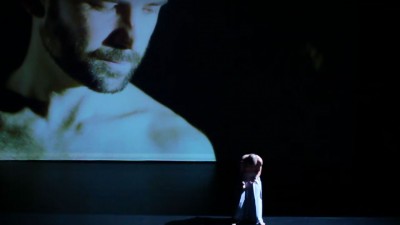 *Circumstances Beyond Our Control